He shares the WordPress optimization routine for handling key elements like CSS, HTML, JS scripts, Images, Videos and more for an optimized and faster-loading website. 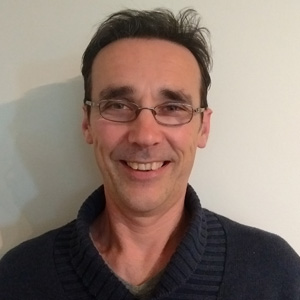 My name is Frank Goossens, I’m 50 years old, and I live in Belgium (Europe). I started experimenting with website-development way back in 1995 and soon after got offered a job in the emerging web-world. I have worked as a product manager, project manager, technical consultant and web solution architect for more than 20 years now, both for web agencies and companies in the consumer brand business.

I tried different blogging platforms from 2003 onwards and eventually switched to WordPress in 2007. It was just blogging at first, but I soon started doing small tweaks (I wanted a category cloud instead of a tag cloud for example) and I became more and more obsessed with my site’s performance. By 2010 I published my first plugin on the wordpress.org repository called WP YouTube LYTE, which allows you to embed YouTube videos without slowing down page load times.

In 2012, I started using Autoptimize, and in 2013, I took over development from the original author who had lost interest in it. I have been improving and extending it ever since. Autoptimize can do JS, CSS & HTML minification (with or without concatenation), but can also optimize Google Fonts, Images and more. It is currently active on over 1 million WordPress sites and has an average growth rate of 0.8% per week.

In 2016, I decided to start a company for the commercial aspects around my plugins, allowing me to build partnerships with Shortpixel, Optimocha and Critical CSS, to name a few. It has also helped me to offer web performance optimization services while keeping the plugins themselves 100% free and open source.

7d ago0w ago
Subscribe
Unsubscribe
Ogni mese+
Courtland Allen interviews the ambitious indie hackers who are turning their ideas and side projects into profitable online businesses. Explore the latest strategies and tools founders are using to capitalize on new opportunities, escape the 9-to-5 grind, and create their own personal revenue-generating machines. The future is indie!
Y
Y Combinator

1M ago6w ago
Subscribe
Unsubscribe
Ogni mese
We talk with people who are shaping the future. A show about technology in business, research, and art.
T
Troy Hunt's Weekly Update Podcast

2h ago2h ago
Subscribe
Unsubscribe
Ogni mese+
The a16z Podcast discusses tech and culture trends, news, and the future – especially as ‘software eats the world’. It features industry experts, business leaders, and other interesting thinkers and voices from around the world. This podcast is produced by Andreessen Horowitz (aka “a16z”), a Silicon Valley-based venture capital firm. Multiple episodes are released every week; visit a16z.com for more details and to sign up for our newsletters and other content as well!
L
Land of the Giants

28d ago4w ago
Subscribe
Unsubscribe
Ogni mese
Big tech is transforming every aspect of our world. But how? And at what cost? In the latest season of Land of the Giants: The Facebook/ Meta Disruption, Recode senior reporter Shirin Ghaffary and The Verge deputy editor Alex Heath bring us inside the company that’s determined how the world interacts and communicates online. How has Meta shaped our relationships, and what’s in store for us as the company undergoes an unprecedented transition? New episodes every Wednesday starting July 13th. ...
A
Acquired

16d ago2w ago
Subscribe
Unsubscribe
Ogni mese+
Every company has a story. Learn the playbooks that built the world’s greatest companies — and how you can apply them as a founder, operator, or investor.
A
African Tech Roundup

12d ago1w ago
Subscribe
Unsubscribe
Ogni settimana
A weekly podcast covering all the news and events in Enterprise Software and Cloud Computing. We discuss topics including: Kubernetes, DevOps, Serverless, Security and Coding. Plus, plenty of off topic banter and nonsense to keep you entertained. Don't worry if you miss the latest industry conference, we will recap all the latest news from AWS, Microsoft Azure, Google Cloud Platform (GCP) and the Cloud Native Computing Foundation (CNCF).
Ascolta più di 500 argomenti