The Reason Roundtable « »
Migrants Are People, Not Props 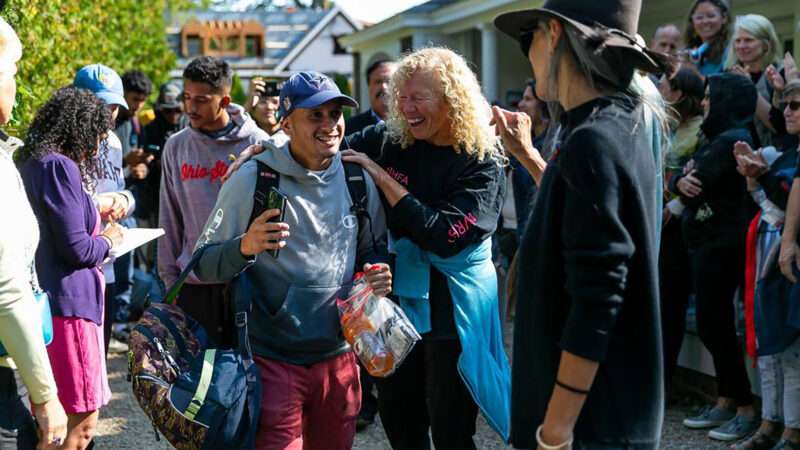 Many institutions seem to have lost their way recently, often due to audience or donor capture. On the left, the ACLU has lost its free speech absolutism and now thinks some speech is not worth protecting. NPR has become a sad, woke, unlistenable parody of its former self. On the right, Katherine's former employer, The Weekly Standard went under when the editors and financial backers went different ways regarding Trump. Reason has been very consistent for the past 50+ years (with the possible exception of that piece by Matt Welch praising France's health care system: "Why I Prefer French Health Care"). How has the magazine of "Free Minds and Free Markets" been so consistent and done so well for so long? And more importantly, what is being done to ensure its continued success and principled commitment to libertarian ideas? P.S. I will be attending Reason's space-themed Halloween party in a "Sexy Nick Gillespie Astronaut" costume.

"DeSantis and Abbott Are Wrong To Treat Migrants as a Punishment," by Elizabeth Nolan Brown

"How Closed Borders Helped Facilitate the Holocaust," by Nick Gillespie

"U.S. Labor Demand Explains Most of the Rise in Illegal Immigration," by Alex Nowrasteh

"How Immigrants Make America Great Again (and Again and Again)," by Nick Gillespie

The post Migrants Are People, Not Props appeared first on Reason.com.

29d ago4w ago
Subscribe
Unsubscribe
Ogni mese
Crooked Minis takes a step back from the chaotic breaking news to offer a new series every month that explores an issue or event that reflects cultural, political, or societal changes in America and need more than a 10-minute conversation and a split-second news cycle to unpack.
L
Lovett or Leave It

3d ago3d ago
Subscribe
Unsubscribe
Ogni settimana
Former Obama speechwriter Jon Lovett and a panel of comedians, actors, journalists, and some of the many famous Friends of the Pod appear before a live audience to break down the week’s biggest news. Quizzes! Impressions! Shouting at cable news clips! And everyone’s favorite: nuanced discussion. New episodes every Saturday.
I
Intercepted

5d ago5d ago
Subscribe
Unsubscribe
Ogni mese+
Will Covid-19 reshape the global economy or simply shrink it? What are nations doing to protect jobs and businesses from the fallout, and what will the long-term consequences be for labor markets, global supply chains and government finances? On Stephanomics, a podcast hosted by Bloomberg Economics head Stephanie Flanders—the former BBC economics editor and chief market strategist for Europe at JPMorgan Asset Management—we combine reports from Bloomberg journalists around the world and conve ...
F
FT News Briefing

8h ago8h ago
Subscribe
Unsubscribe
Ogni giorno
A rundown of the most important global business stories you need to know for the coming day, from the newsroom of the Financial Times. Available every weekday morning. Hosted on Acast. See acast.com/privacy for more information.
P
Pod Save America

5h ago5h ago
Subscribe
Unsubscribe
Ogni settimana+
Four former aides to President Obama—Jon Favreau, Jon Lovett, Dan Pfeiffer and Tommy Vietor—are joined by journalists, politicians, activists, and more for a no-b******t conversation about politics. They cut through the noise to break down the week’s news, and help people figure out what matters and how they can help. You can listen to new episodes twice a week on Tuesdays and Thursdays.
T
The Sean Hannity Show

12h ago12h ago
Subscribe
Unsubscribe
Ogni giorno+
Sean Hannity is a multimedia superstar, spending four hours a day every day reaching out to millions of Americans on radio, television and the Internet.
Ascolta più di 500 argomenti