The Reason Roundtable « »
Storms and Reforms 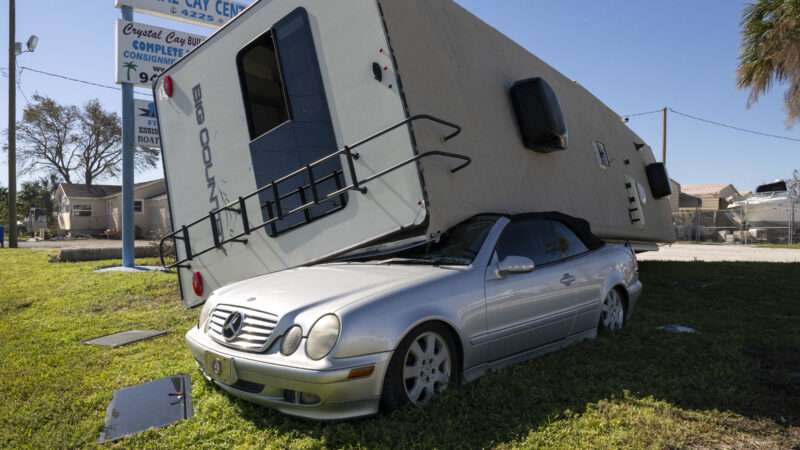 When considering foreign policy issues, shouldn't libertarians worry not only about acts of commission but also acts of omission? It seems that libertarians are reflexively worried about acts of commission but seldom focus on the consequences that derive from lack of action (i.e., acts of omission). Isn't it at least possible that failure to act can lead to a less-libertarian preferred outcome? If so, how should one balance action vs. inaction?

"In the Aftermath of Hurricane Fiona, the Jones Act Is Screwing Over Puerto Rico Again," by Scott Shackford

"Natural Disasters and the Case for Big Government," by John Stossel

"Should Libertarians Root for the Abolition of Police and Prisons?" by C.J. Ciaramella

"Netflix's Athena Is a Masterpiece About Police Violence and Social Unrest," by Peter Suderman

The post Storms and Reforms appeared first on Reason.com.

11d ago1w ago
Subscribe
Unsubscribe
Ogni settimana
Elections are about more than who wins and who loses. The New York Times reporter Astead Herndon takes us beyond the horse race to explore how we got to this fraught moment in American politics.
W
Weekend Roundup

5d ago5d ago
Subscribe
Unsubscribe
Ogni settimana
Our CBS News team in Washington wraps up the news of the week and goes deep into the major stories with CBS News correspondents. It's the end-of-week news magazine show you can take with you wherever you go. (046510)
K
KQED's The California Report

3d ago3d ago
Subscribe
Unsubscribe
Ogni settimana+
NORTH IDAHO NOW is the official podcast of the Idaho Panhandle. Listen in every week for the latest news from Kootenai, Bonner, Shoshone, and Boundary counties. Join Chanse Watson and a rotating cast of guest hosts to stay informed and have some fun along the way!
P
Pod Save the People

5d ago5d ago
Subscribe
Unsubscribe
Ogni settimana+
A bootstrappers podcast for founders, entrepreneurs, visionaries and dreamers who are building businesses from the ground up without the taking on debt or selling equity. Here we cover marketing, sales, organization and mindset issues that matter to you
O
OPB Politics Now